What is biodiversity and what does it mean for the board game Ecogon? Check out the following text for answers and some interesting information.

The nature and environmental game Ecogon not only offers a whole lot of fun, but additionally aims to pursue the objective of embedding basic knowledge about the manifoldness of the ecosystems of each participant involved. Biodiversity is an important key term for the understanding of nature education. The term biodiversity is also known as biological variety. Biodiversity consists of three different areas which are closely linked and depending on one another: 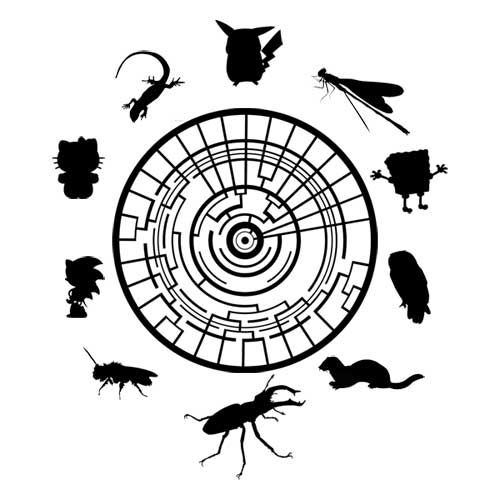 First of all you have to understand the term ecosystem (link here), in order to understand the variety of ecosystems. The variety of ecosystems plays the same role in the co-op game Ecogon as it does in reality. Implying only a fraction of nature, ecosystems in Ecogon occur in the form of different habitats like “Forest”, “Edge of the Forest” and “Meadow”. Plants and animals are bound to a specific ecosystem. The dependency on salt water of marine animals is equally given as the dependency on clean spawning waters of amphibians. Due to our educational game you will experience the consequences if an ecosystem is disrupted by an external factor and the effects on species living in it. The maintenance of ecological systems ensures the perpetuation of biodiversity.

The variety of species measures the variation range of biological species within a specific habitat. The term refers to the entirety of flora and fauna. About 10 to 100 million different animal and plant species exist according to an estimate of scientists. Our educational game Ecogon offers 61 different species up to now. Therefore you can be curious to see what will follow.
However, the external factor of humans causes significant damage to the environment due to deforestation, land degradation, land sealing, overexploitation as well as intensifying the greenhouse effect which ultimately contributes to climate change. The negative impacts of humans reduce the variety of species worldwide to the extent which no other being was able to do before!

Vast amounts of genes are the basis of genetic variety of all organisms. The carriers of genetic information, also known as DNA, are responsible for the various characteristics of living organisms. One kind of gene is the allele, which provides different characteristics of a certain attribute of a living being. The coat color of a dog or the color of a flower can be pointed out as examples. Due to genetic variety it is possible for species to adapt to changing environmental conditions like drought, heat, frost and other stressors.

This website uses cookies to improve your experience while you navigate through the website. Out of these, the cookies that are categorized as necessary are stored on your browser as they are essential for the working of basic functionalities of the website. We also use third-party cookies that help us analyze and understand how you use this website. These cookies will be stored in your browser only with your consent. You also have the option to opt-out of these cookies. But opting out of some of these cookies may affect your browsing experience.
Necessary Always Enabled
Necessary cookies are absolutely essential for the website to function properly. This category only includes cookies that ensures basic functionalities and security features of the website. These cookies do not store any personal information.
Non-necessary
Any cookies that may not be particularly necessary for the website to function and is used specifically to collect user personal data via analytics, ads, other embedded contents are termed as non-necessary cookies. It is mandatory to procure user consent prior to running these cookies on your website.
SAVE & ACCEPT